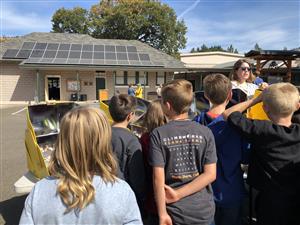 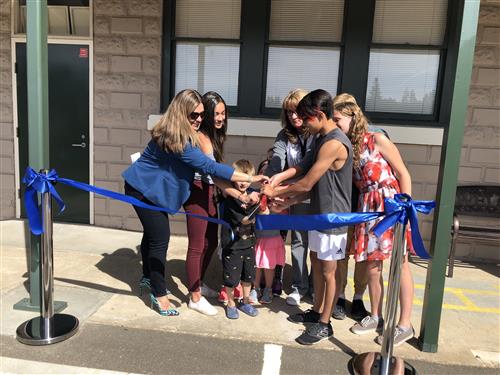 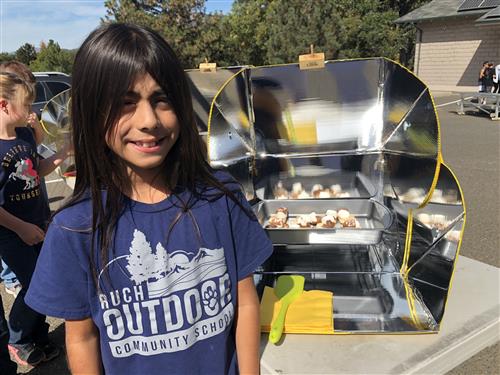 The project was completed in August thanks, in part, to a $24,000 award from Pacific Power’s Blue Sky customers.  The funds are part of the Blue Sky Renewable Energy program that allows customers to contribute to renewable energy in their communities.

“Medford School District strives to be the best steward of public funds and resources possible,” said Superintendent Brian Shumate. “By partnering with Blue Sky we are able to reduce our utility cost, promote renewable energy production and incorporate solar into our curriculum. We are extremely excited and grateful to have this opportunity that would not have materialized without the help of  Pacific Power’s Blue Sky customers.”

The 33 panel, 11.39 killowatt system is estimated So produce 5-10 percent of the school’s electricity in an average year. Annual savings are estimated at approximately $2,000, based on current rates.

“Moments like these truly power the greatness of our community – from the students and faculty whose vision brought solar to their school’s rooftop, to our Blue Sky customers who elect each month to support renewable energy and deserving projects like these,” said Christina Kruger, Pacific Power’s regional business manager for Southern Oregon. “It’s exciting to think about the many generations of students who will benefit from the work done here today.”

The project includes a kiosk to display site energy generation and usage, which the school incorporates into its STEM (science, technology, engineering, and math) curriculum.

“In a way, there is a direct connection between the energy from these solar panels and the Ruch students – both are powerful, renewable, and visible.  This project took years to realize, and could not have happened without a can-do attitude from many supporters,” said Ruch science teacher Ryan King. “It’s only fitting to place these panels on the original schoolhouse building constructed in 1914.  A combination of past traditions and futuristic imagination.  We move forward, always asking ‘why not?’ and ‘what’s next?’ I’m very grateful to be part of something special here.”

The total cost of the project is estimated at approximately $47,337. In addition to the Blue Sky funds, the Medford School District invested $15,000, Ruch’s Parent Teacher Organization raised $5,000, and the Farnley-Tyas Foundation contributed $3,000.

Since 2006, Pacific Power Blue Sky customers have helped fund the installation of 113 community-based projects totaling nearly 9 megawatts of renewable energy generation capacity, demonstrating the viability of renewable energy in their communities with more than $10 million in investment during that time.